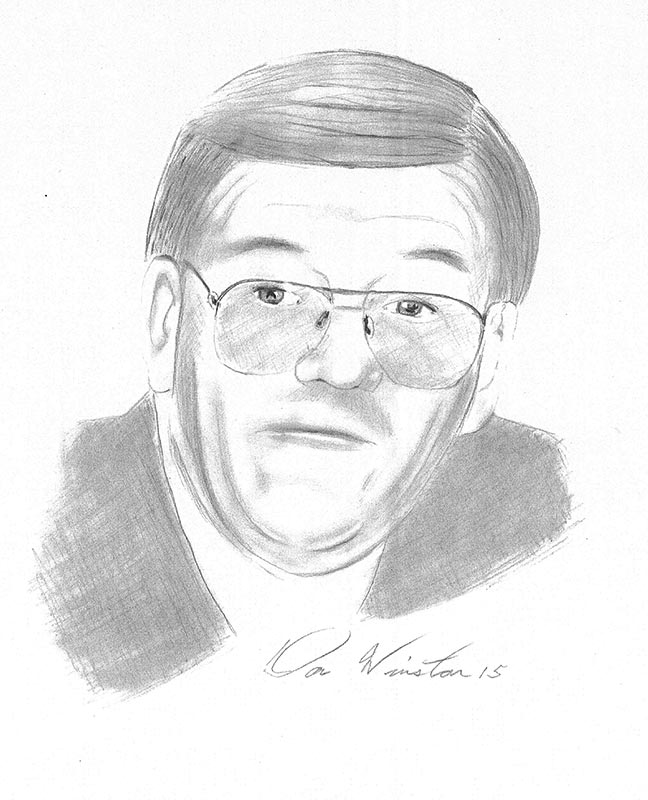 Bob Brown’s leadership oversaw the hockey operations in Kamloops of the most celebrated era in major junior hockey history. Undeniably, Brown had the task of pulling individuals together. Working with a community based board of directors and a strong network of hockey minds he collaborated with scouts, coaches, players, billets, fans, community leaders and sponsors.

During Brown’s 10 years of involvement, the Kamloops Blazers won 10 WHL Western conference titles, appeared in 10 WHL finals, won five league titles, and appeared in five Memorial Cup tournaments. Most specifically, the Kamloops Blazers will long be known for equaling the record of three Memorial Cup titles in four years (1992, 1994, 1995). The result of Brown’s guidance and commitment to excellence produced a dynasty decade of hockey, unparalleled in the city of Kamloops, and the country, by a major junior team. 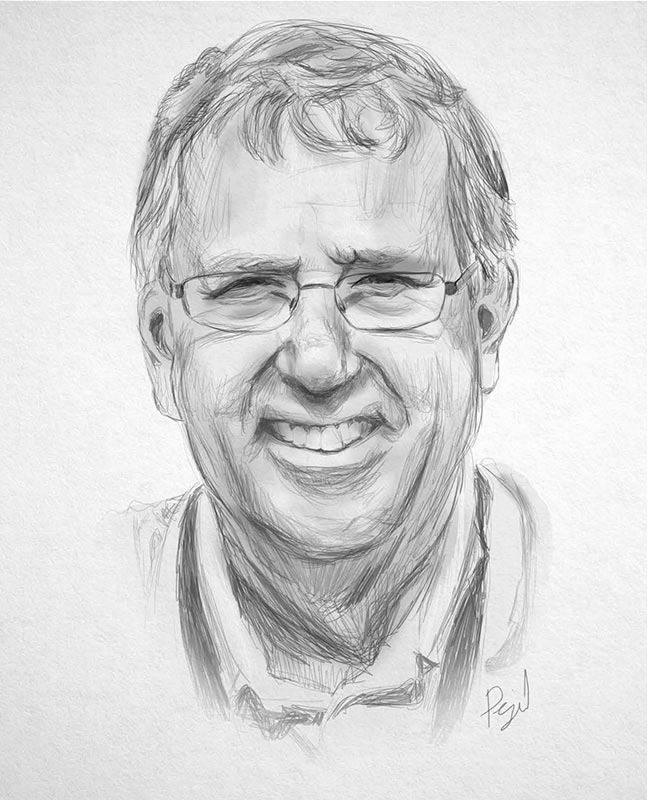 Bob Cowden, has spent a lifetime rolling up his sleeves and just ‘doing it’. It began with secondary school sports. Cowden was on the board of directors and an official with the Canadian Amateur Swimming Association. He is an accomplished level 5 International official in horizontal jumps, and level 4 National in vertical jumps as well as a National Field Referee for jumps. He has officiated at numerous National Championships across Western Canada as well as the 2003 World Youth Championships in Sherbrooke, Quebec and the 2013 World Masters Championships in Brazil. He has accepted an invitation to officiate at the 2015 World Masters in Lyon, France. 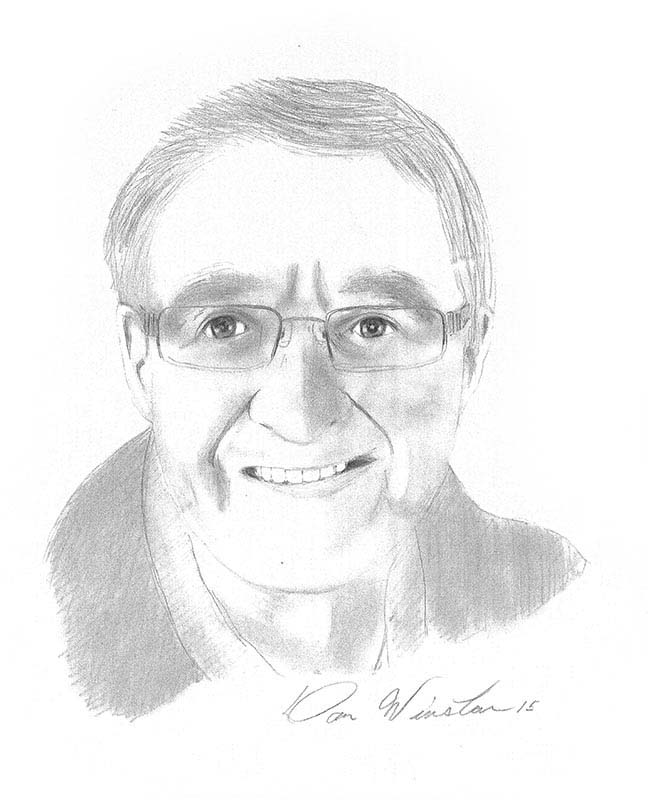 Jack McDonald shares his passion for the game of golf through a devoted history of local and national leadership roles. Most notably, McDonald’s commitments to the game lead him into administration. Serving as a Zone director (1987) and president of the BC Golf Association (1997/1998), he joined the Royal Canadian Golf Association in 1998 as a governor, 1st and 2nd Vice President, and President (2010). McDonald was the 107th president of the association now known as Golf Canada and one of only 11 from BC. Jack was also instrumental in the development of a national rules official education program.

Additionally, McDonald personally shot a 9 under 63 at the Robert Trent Jones layout, and has had six career hole-in-ones. He competed in several BC and Canadian amateur and, mid-amateur championships. 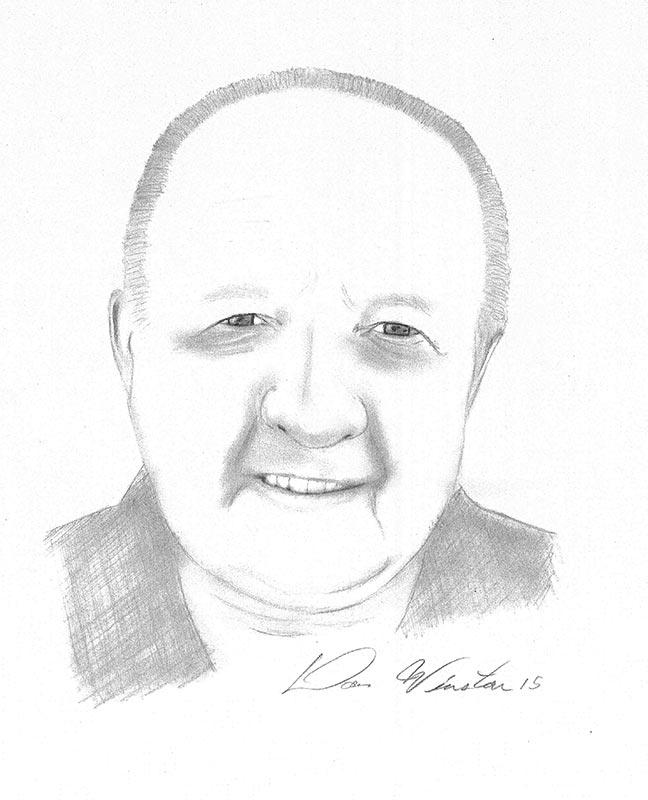 Year of Induction 2015 Marty White was a champion before coming to Kamloops, having won NASCAR’s modified stock class Northwest Championship in 1976 after capturing an astounding 24 main events at the Langley Speedway from 1974-1976 to become the first Canadian to win a NASCAR title.

In addition, White took to racing the ovals in CAMRA (Canadian American Modified Racing Association) events. At the age of 28 he won the rookie of the year award and finished third in season points, the youngest driver in CAMRA history to accomplish the feat. He won several important races from 1978-1984, finishing in the top 10 five times, winning the title in 1982, being the runner-up twice (1979 and 1983) and, winding up third twice (1978 and 1980).

In 1991, he was hired to pilot the car ‘The Late Billy Vukovich III’ which he drove in NASCAR finishing third at the Phoenix International Raceway. He raced along the west coast in the Fire and Fury Super-Modified Series, before retiring in 1994. Watching his sons Jason and Jim competing in NASCAR’s Canadian Tire Series re-sparked his love affair with the sport.

The Kamloops Rangers were a product of their time during their formative years in the mid 1980’s when women’s hockey suffered due to scarce ice time, dwindling teams, and finding opponents was comparable to a lost treasure hunt.  They persisted in building a competitive team by playing games against minor hockey rep teams and over time developed a successful program.

The talent was honed through BC Winter Games and Provincial Championship competitions eventually leading to Western Shield, Western Canadian Championships. The Rangers won all three levels of medals in the winter games, captured provincial “AA” titles from 1990—1994 as well as ’97-‘98 and the ’99 single “A” title. At the Western Shield the team won gold in 1990, followed by three consecutive silver medals losing to the Red Deer Bandits in the final by one goal every year. The club’s last season at the westerns resulted in a bronze medal.

Close to 40 players played for the team at various times in over 15 years of existence. Evidence of young talent aspiring to play the best hockey possible gravitated to the Rangers team. Some such as Kristine Kroeker (nee Larsen) and, Deanna Williamson played in the Canada Winter Games. Some went on to play college hockey in both Canada and the U.S.  Many are still involved in hockey in various capacities as players and, volunteers.

Some of the other exceptional talent included Kelly Kelland, Kathy Cooper, Kristy Brewer, Kristine Bradley (nee Dick), Lynn Mazur, Kathleen Hunter, Sue Boyes, Lynn Van Nostrand, Ann McGrath, Elaine Topolnisky, Vicki Taylor, team organizers Kelly Bosko  and KJ Klontz, played in the Canada Winter Games. Some went on to play college hockey in both Canada and the U.S.  Many are still involved in hockey in various capacities as players and, volunteers.  Kamloops Rangers were a diverse group and, became the foundation for the growth of female hockey in the area.