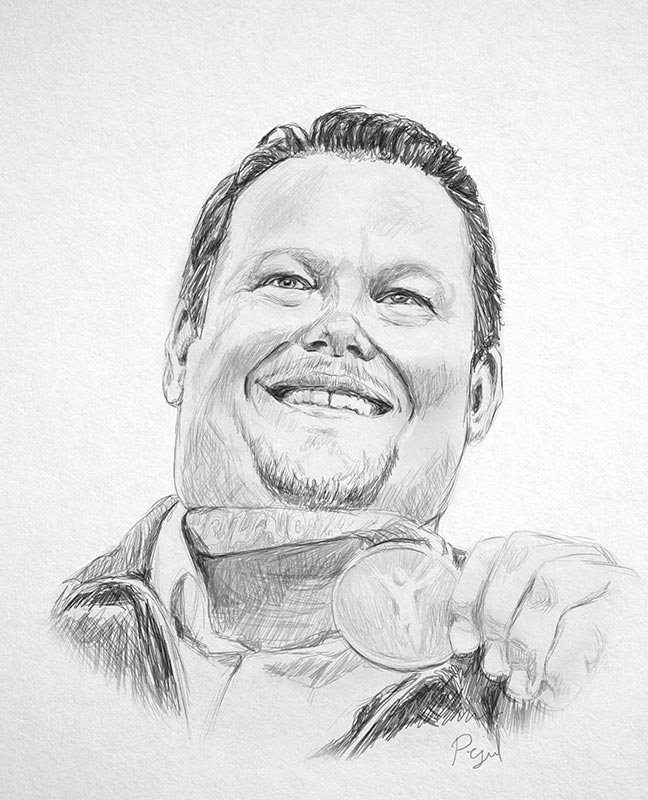 Dylan Armstrong achieved unprecedented Canadian success as a throws specialist in Track and Field. Armstrong won Bronze in Shot Put at the 2008 Beijing Olympics and later finished 5th at the 2012 London Olympics. Some of his greatest triumphs included golden record setting performances in the 2007 and 2011 Pan Am Games and the 2010 Commonwealth Games. He won Silver and Bronze medals in world championships, becoming the first Canadian thrower to reach the podium in major competitions. He also won a coveted Diamond League season title and set several Canadian standards.

Before rising to prominence in Shot Put, he won Gold in the Hammer Throw in the 1999 Pan Am Junior Championship, and Silver in the 2000 World Junior Championship. Armstrong also excelled in his teenage years establishing North American records in both high school and, junior hammer throw events. 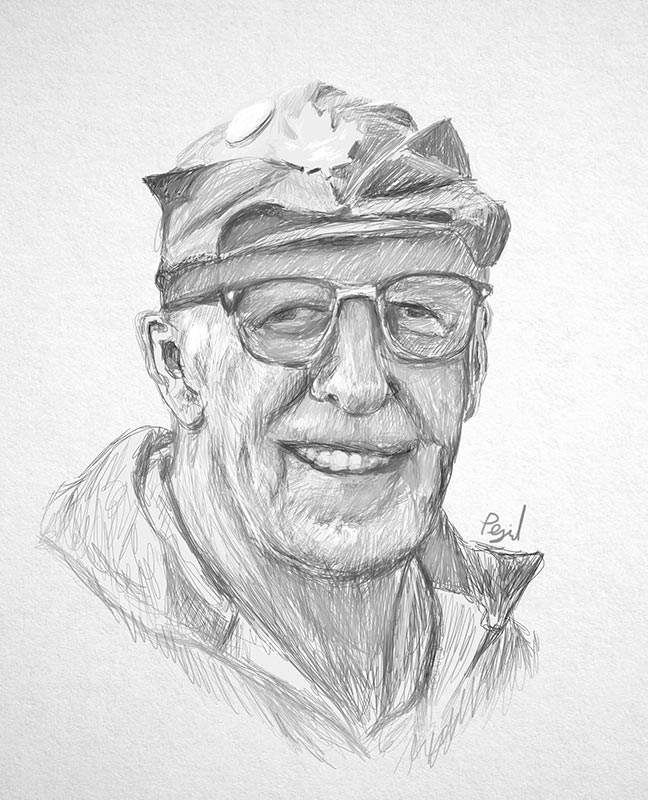 George Farquharson, or Farky as he was affectionately known, left a tremendous impact on the sport of target shooting before he passed away at the age of 80 in 1995. He created a new category of competition and it was named after him in his honor, now known as F-Class. F-Class has enabled older shooters and those with physical disabilities to continue to compete, making it the fastest growing long range shooting sport in the world. Its popularity extends to the British Commonwealth, the U.S., Germany, France, the Netherlands and many other countries around the world after getting its start right here in BC.

The first competition in 1989 was held in Victoria and, the latest quadrennial event in Ottawa last summer had Farquharson being recognized with his induction into the Dominion of Canada Rifle Association Hall of Fame. 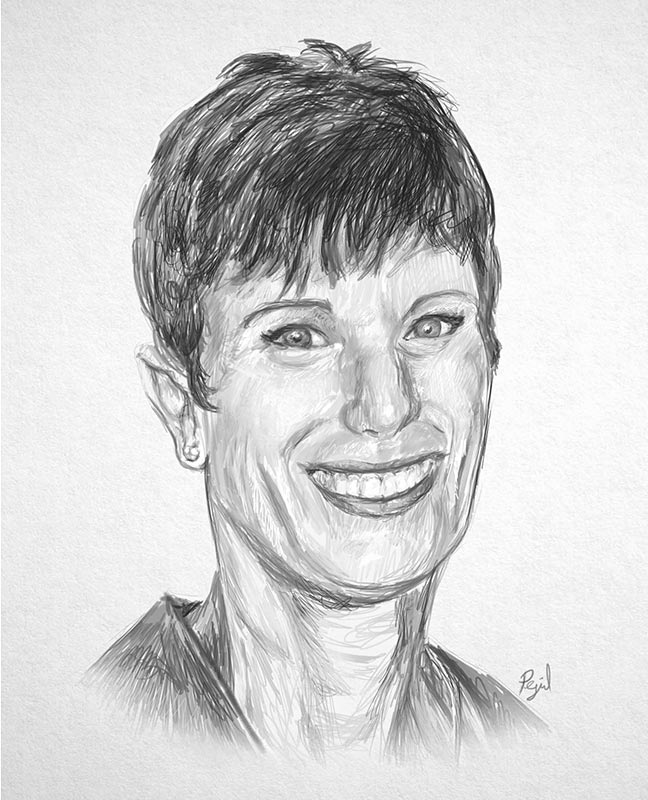 Marilyn McLean’s passion for Special Olympics began in Washington State before getting married and moving to Kamloops in 1978. She became a driving force behind the movement, wearing many hats at various levels of the program, from coaching to administration. McLean’s leadership role in the founding group of SOBC led to incorporation of the organization in addition to overseeing the Kamloops chapter.

Through her tireless efforts thousands of Special Olympic athletes have participated and competed in a variety of sports, They experience achievement, empowerment, friendship, joy and ultimately pride. Marilyn McLean has also been inducted into the Special Olympics BC Hall of Fame.

Spike Wallace is best known for his 28 years of service with the Kamloops Blazers (1984-2012), but it really began on the football fields of Valleyview Jr. Secondary, and Kam High. He went on to work one season at Snow College in Utah before getting his Athletic Therapy degree at Sheridan College. He subsequently landed his first job with the Victoria Cougars WHL team.

He readily admits he had the benefit of working with some terrific hockey mentors along the way, citing the likes of Ken Hitchcock, Don Hay, Tom Renney, Bob Brown and current AHL commissioner Dave Andrews to name a few. A 2012 recipient of the WHL Distinguished Service award in 2012, Spike also worked internationally for Hockey Canada serving as Equipment Manager for Canada’s Under-18 Team in 1993 for the Japan Cup and for Team Canada’s Spengler Cup entry in 1995. After numerous WHL Championships and Memorial Cups with the Blazers, Spike assumed his new office role in 2005 as the Community and Sponsorship Coordinator; organizing and managing community appearances and assisting with game day operations. 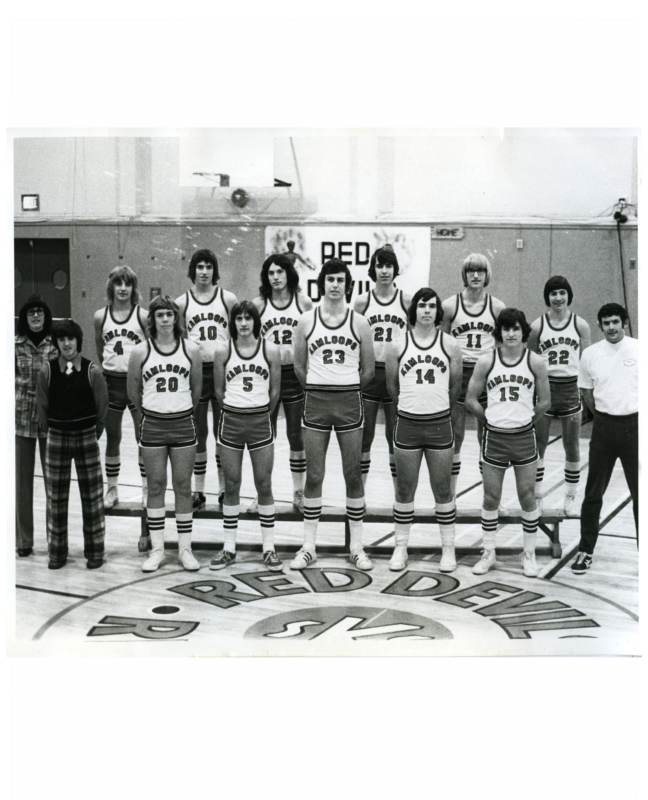 Great teams have the distinction of raising the bar and this year’s Kamloops Sports Hall of Fame team inductee did exactly that. The 1974 Kam High Red Devils Senior Boys Basketball Team set a standard for Kamloops teams at the AAA level. They finished second to Oak Bay in the provincial championship losing in a 53-50 nail biter. They went 39 & 5 that season with two of their losses dealt to them by Oak Bay. They were pioneers in the art of earning respect against tough competition throughout the province.